SEX. The most searched word in Google retrieves a huge amount of results. In less than 1 minute, 4 billion possibilities and a lot of information: «How to Have Sex», «The Benefits of Having Sex More Often», «Having sex for the First Time», «Open Sex», «Daily Sex Video», «Sex, Love and Relationships», «What Happens to Our Bodies During Sex»... Pictures, articles, comics and more. Links to which kids, teenagers and youngsters can access without restrictions, except the ones imposed at home.

Historically, sexuality has been explored as an intrinsic experience between the individual and the context. Each generation has created its own ethical codes to explore the body and pleasure and has transmitted its experience through paintings, sculptures, literature and oral tradition. From the totemic genital worship in primitive societies, exalting maternity, fertility and feminine eroticism; to the exploration of male eroticism through masturbation, the cult of phallus and the body beauty of the Egyptians, Greeks and Romans. In pre-Columbian cultures sexuality was open and free, virginity was not a special gift, homosexuality and separation of the couple was accepted. Eroticism was part of nature and it was connected with its principles. The obscenity in the center, «not with the meaning which today is given to the word 'obscene' but with that of 'sexually wise and clever'», as the psychoanalyst Clarissa Pinkola Estés tells in her book Women who run with the wolves..

In Europe, a transition took place from public recognition of sexual functions, represented as the union between the divine and earthly in the world view that preceded it, to the repression of the Middle Ages, which installed in the collective psyche the paradigm of feminine as cause of doom, women as inferior beings, the body as a tool of the Devil, desire as sickness and pleasure as sin.

The abyss opened was so big that until today we deal with its consequences, easily seen just having a look at the feminine dichotomy ‘lady - bitch', ‘virgin - lustful’, ‘reserved - crazy’, ‘prudent - hysterical'... There was no chance for exploration.

Fear, shame, guilt and punishment took root generation after generation, merging its characteristics according with the century and its trends, without leaving its essence: «On the subject of sex, silence became the rule. The legitimate and procreative couple laid down the law. The couple imposed itself as model, enforced the norm, safeguarded the truth, and reserved the right to speak while retaining the principle of secrecy», as Michel Foucault portrayed the Victorian period in The History of Sexuality. This is how the 20th century began along with the technical innovations of the Second Industrial Revolution, communication was transformed and mechanized conception of the body-sketch was installed, which must be improved, corrected, adapted for consumption. Pornography industry was massified. The limits were blurred between the permissiveness on some selected taboo subjects and inherited prejudices. The new codes of pleasure appeared. There was talk again about eroticism and sexuality, without leaving the Victorian repression and puritanism incarnated in the collective psyche.

With the pornography industry, the foundations of today’s male sexuality were put in place. With the sexist advertisements of the 60's and the hypersexualized femme fatal in the Neo-noir cinema of the 80's and 90's, the roles of the «desirable» woman and man were established, adapted from the old stereotypes. Songs, films and photographs reinforced those imaginaries of the body as object of consumption that have fed the minds of kids and teenagers during the last generations. New technologies and social networks have opened the spectrum of an overload of information that drives to the hypersexualization of the 21st century.

Teenagers are educated in this collage, with no space for personal exploration that leads to the recognition of one's own desires and limits —and of the others—, for the free development of identity. «Everyone knew, for example, that children had no sex, which was why they were forbidden to talk about it, why one closed one's eyes and stopped one's ears whenever they came to show evidence to the contrary, and why a general and studied silence was imposed», wrote Foucault on his analysis of Victorian sexuality. In some contexts it seems like a news story from a contemporary newspaper.

How much longer will society maintain the old paradigms of eroticism and sexuality? When the number of teenage pregnancies, HIV/STIs and gender violence increase and millions of teenagers die annually. When violation of their life projects is evident, why is sex education still taboo? Why not offer them a source of real and responsible information among so many millions of disinformation spots? Why not give them the opportunity to build their own ethics of pleasure?

As caregivers and teachers, it’s important to collaborate on the integral development of girls and boys, and accompany them in their passage into adulthood —without taboos or prejudices— to make them take conscious decisions and, in the midst of the misinformation that overwhelms them, build responsible and libertarian life projects. For this it is necessary, not only to transmit physiological contents and talk about genitality and the consequences of sexual practice, but to help them to recognize themselves as autonomous and free people, facilitating the development of their potential through basic skills.

And this is a political project to facilitate the reflection and construction of a new Ethics of Pleasure, that promotes the development of caring and sexual health of teenagers and young people, equality between sexes and empowerment of women, to fight against problems such as gender violence, teenage pregnancy and epidemic diseases such as HIV / AIDS.

The Amorfiesta Didactic Guides propose a series of activities compiled in 6 dossiers for caregivers, teachers and tutors to discuss and create content with groups of teenagers and young people in their classes. But also so that adolescents and young people can reflect while playing in their own environments. In this version we provide two topics to talk about from the story of Petra and Pascacio: Stereotypes and myths of romantic love. If youe would like more information and learning materials about new masculinities, street harassment, limits and self-care or sexual education, please don't hesitate to contact the Amorfiesta team by email (amorfiesta@gmail.com) or visiting our web and social networks. 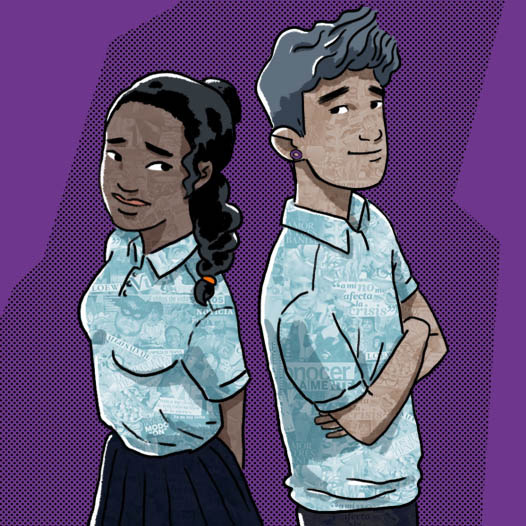 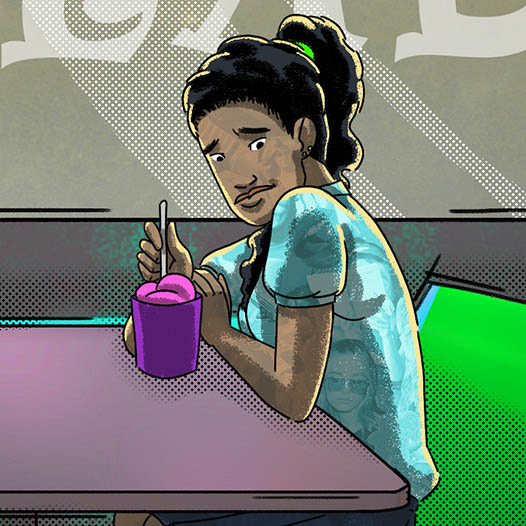 Tags that divide us

Who are we and how do we build identities free from imposed models?

From emotional dependence to autonomy

How to love without suffering? 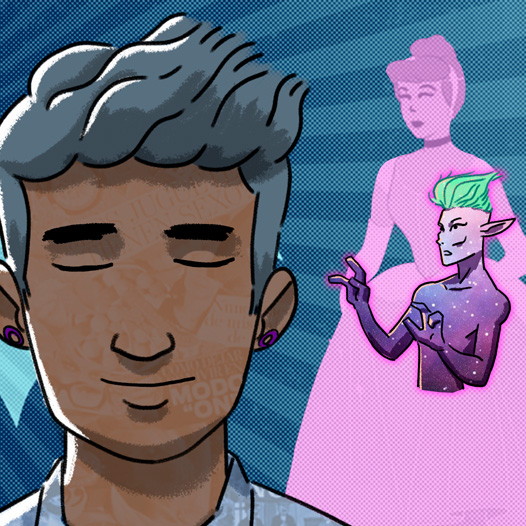 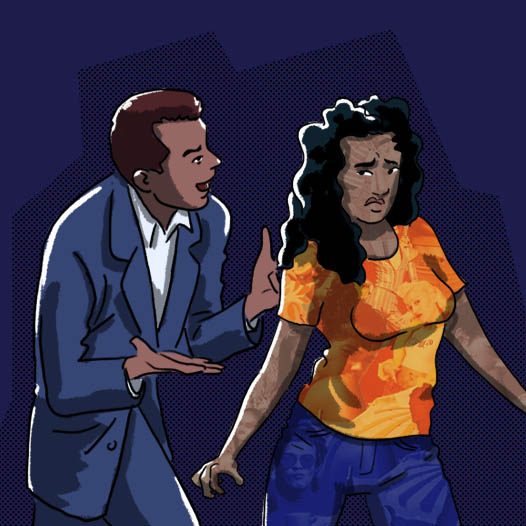 From princess to citizen

From prince charming to partner

Reflections on privileges that cause inequality 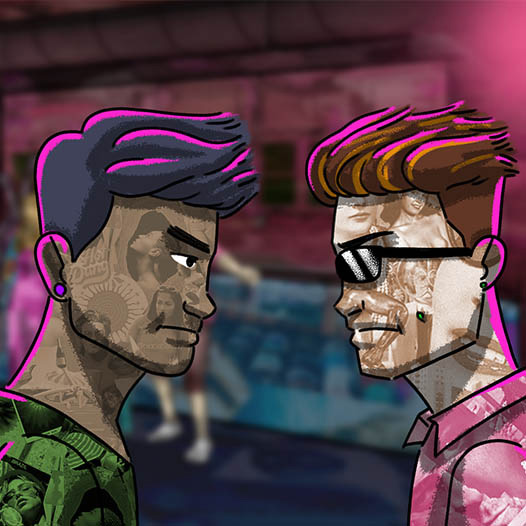 Learning to respect and to listen to each other

Information about sexuality and about pregnancy, HIV/STIs prevention